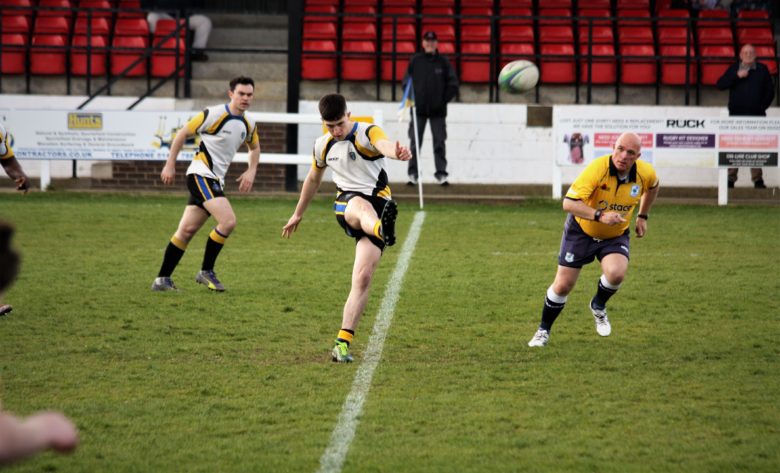 Starting his career as an apprentice glass processor, Laurence now has over 26 years’ experience in glass and fenestration related work activities. He has developed his skills and knowledge of the industry through commercial, new build and domestic installations and progressed into a managerial role in 1999, whilst undertaking a D32 and D33 assessment qualification.

In February 2000, Laurence joined Safestyle UK has Operations Manager and went on to set up GFTS Limited in 2009. Laurence has been instrumental in the development and delivery of apprenticeship courses through GFTS limited, taking care of the daily running of the business and helping glass and glazing organisations improve the competence of their staff.

Alongside, working full-time for GFTS, Laurence also holds down a part-time position; refereeing for rugby matches throughout Yorkshire and the UK. Laurence has played or coached rugby for most of his life, and in 2010 he took on the challenge to train to become a professional referee.

Choosing an entry level course, he studied at Barnsley which then took him to qualify as a referee and work for the Rugby Federation. His first five matches were probably the hardest, but thankful he had the support of his assessors on hand to help guide and support him through the mistakes he made.

Commenting, Laurence said: “Training as a referee, has really made me appreciate the obstacles and frustrations individuals can face when learning. I love rugby and gain great pleasure out of the game, the matches and the friendships I have gained over the years, but training rather than delivering the training is a much different ball game. If you excuse the pun!”

Laurence passion for the game has allowed him to gain some great achievements over the years, including; coaching a women’s team from Halifax for one and a half years – the team went on to become one of the first teams to play in a Female Cross-County match.

“The role of referee is much more than just controlling the game or punishing players/team’s bad behaviour, it has helped me to manage conflict much better than I did before and by doing so I am able to respond to team members in more encouraging ways; helping them to rectify mistakes on or off the pitch,” continues Laurence.

“This type of positivity has contributed to who I am today and the developments made at GFTS. I believe in giving something back to the things in life which make you the person you are, and I give 110% back every day to both my full-time and part-time roles, helping to progress the training, quality and skills of students and employees, players and teams.”

In August 2015, Laurence was fortunate to referee at the first International Mixed Ability Rugby World Tournament. The event took place over 5-days and saw over 400 individuals of mixed able-bodied ability, play, or contribute at the tournament.

Laurence had been trained to managing difficult situations, but with an added complication of overcoming language barriers, sometimes this proved challenging.

“Competition was fierce between the teams, but it was great to be part of an event which delivered so much sportsmanship.”  Laurence commented. “It was also tremendously humbling not only because of the type of athletes who were taking part, but to meet Les Cusworth, the Ex-England and Leicester Tigers fly half and Daniel Fernandez, a survivor of the Uruguay rugby team whose plane crashed in the Andes Mountains in 1972. The survivors from the crash were driven to eat their teammates deceased bodies to survive, a very surreal experience.”

A second tournament is scheduled to take place in August this year, and Laurence is hoping he will be chosen again to attend the event which is being held in Spain.

What products and services do you offer

GFTS specialises in offering qualifications to the Glass, Glazing and Fenestration sector. Working on a national basis, the company run a series of approved training courses suitable for individuals and employers wanting to develop their skills and knowledge base.

Learning is conducted through GFTS’s numerous assessors, countrywide at the individuals place of work or in a more controlled class room environment. GFTS deliver over 30 different level 2 and 3 NVQ courses aimed at the fenestration sector, a selection of business solution qualifications covering -administration, marketing and sales and 10 individual short courses such as – manual handling, risk assessments, understanding building regulations and health and safety.

Mission Statement: “GFTS is dedicated to delivering NVQ Award Diploma and Certificate qualifications to suit your requirements.  We aim to deliver and maintain excellence in customer service throughout the program delivery, and ensure that the qualification is delivered with the minimum disruption to the business, production and candidate.”