GQA Qualifications gets behind girl’s football 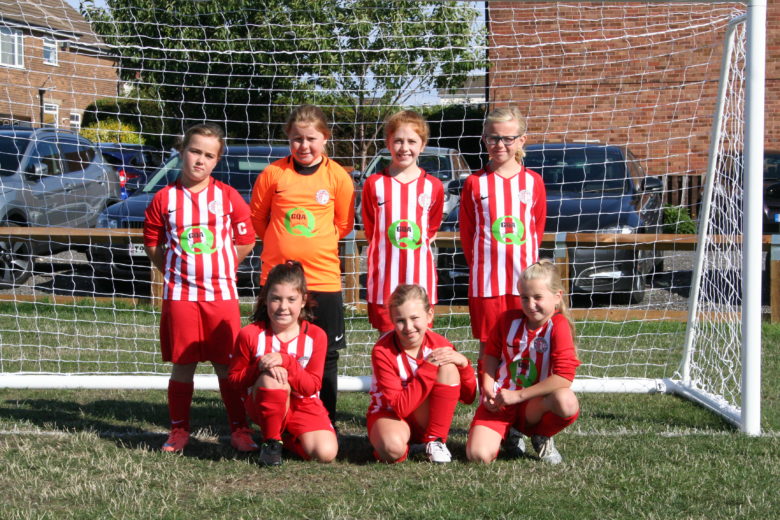 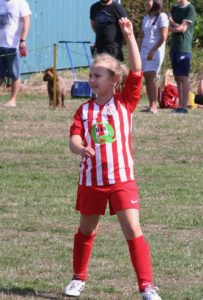 Girl’s and ladies’ football has become the fastest growing participation sport in the UK in recent years, with new professional teams joining leagues at the highest levels, the home nation’s national teams making progress on the world stage, and junior teams popping up at many of the locally run clubs up and down the country.

Such is the case in Barnsley with AFC Pogmoor adding a number of girl’s teams to the club, and GQA Qualifications Limited is proud to be the shirt sponsors for the Under 10’s team in their inaugural season.

CEO Mick Clayton “As anybody who knows me is well aware, I love football, especially at a local level. I am Barnsley born and bred, I support my local team, and I am always keen to try to support local initiatives”. 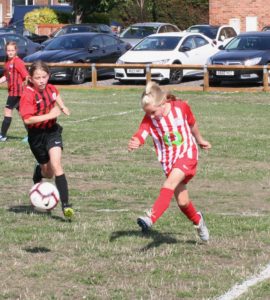 “I know a couple of the Coaches at AFC Pogmoor from my links with the Barnsley Fit Red Veterans, and when I saw they were looking to gauge interest in girls’ football, I took my daughter down. Having never kicked a ball before, she immediately took to it, and I could see that the way the coaches worked with the girls, AFC Pogmoor would be a great club for her to join”.

“The club is committed to giving the players – even at such a young age – the best facilities, kits and opportunities they can, and helping them look professional plays a big part in getting the youngsters, and their parents whose support is so vital, to commit to the project”. 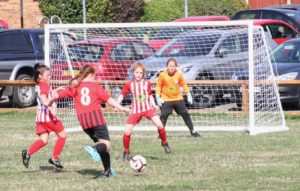 “Even after a relative short period together, you can see that the girls are developing teamwork skills, which will be beneficial to them in all areas of their development, as well as enjoying the physical and footballing side of things. It is amazing to see the level of skills on show, even at this early age, and the way they enjoy the game as it should be”.

“The club, which was only formed in 2011, should be congratulated for their efforts in developing new teams such as the girls under 10’s. Getting young girls and boys involved in these initiatives at the earliest ages can only be a good thing, and we are delighted to have done just a little bit to support them”.

Club Chairman, and founder, James Livesey continues the story, “the original idea was just to create a single team for youngsters to play football in a safe and enjoyable environment, and in our first year we did just that, ending the season with 16 players”.

“But as football enthusiasts and seeing the enjoyment the youngsters were getting from their involvement, we realised we couldn’t rest there, and we quickly started to expand the club”.

“Fast forward to the end of last season and we had no fewer than 10 teams and 130 registered players, though only one of those teams was for girls. That’s why we decided to be proactive and canvass the local community to see if there were enough girls in the local areas interested in taking up the game for the 2018 / 19 season. The response was fantastic, and our taster days proved a real hit, to such an extent that we have no less than three new girl’s teams formed and registered to play in the league this season”.

“Creating this sporting environment is not just about giving girls the opportunity to enjoy a game of football on a Saturday morning but it is also to give them the chance to make new friends, face new challenges and build their confidence.”

Mick Clayton is CEO of GQA Qualifications Limited, the Fenestration Industry’s only qualifications writing and awarding body www.gqaqualifications.com; James Livesey is club Chairman of AFC Pogmoor based in Barnsley www.afcpogmoor.co.uk